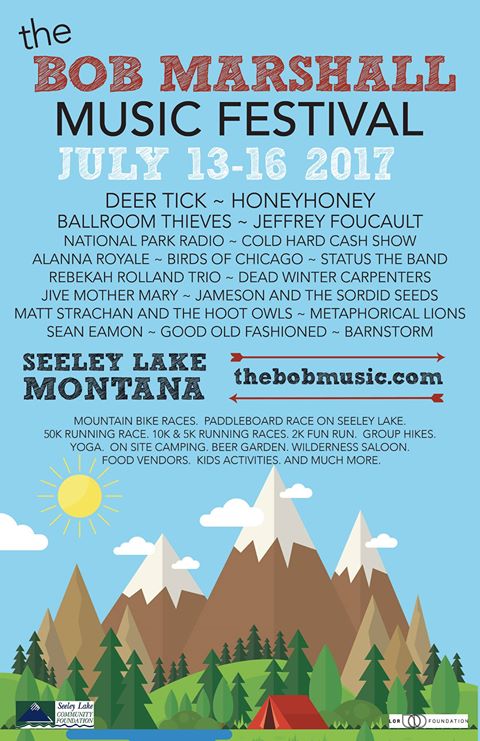 I'll be performing at the Bob Marshall Music Festival on July 14 and 15 in Seeley Lake. Pretty impressive lineup of roots and rock bands. I'm also going to playing a party for my favorite community radio station, KBMF 102.5 FM, in Butte at the Covellite Theatre on the night of June 17. I'll be on the Montana musicians stage along with a couple very respected and talented songwriters, Larry Hirshberg and Joey Running Crane. There's been a lineup change in the band over the last few months. We are inching our way toward the recording studio this summer. The new stuff is a little more rock than the last album, but retains some of the country soul that I do.